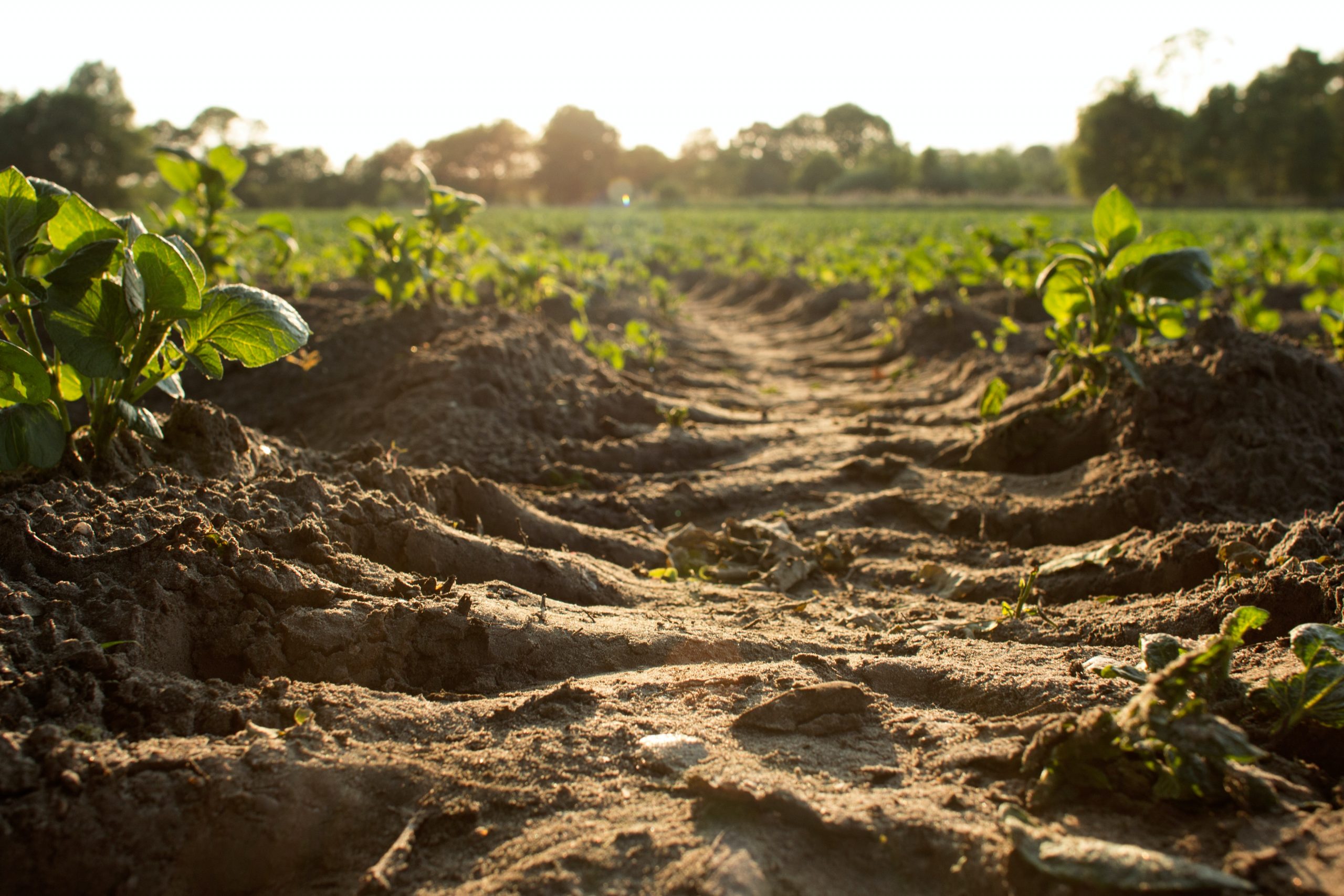 Soil carbon has become a hot topic, with carbon sequestration in soil a possible method for reducing atmospheric CO2. But this isn’t an easy task, and there’s a lot more to soil carbon than just sequestration. Here, we provide an overview of soil carbon flows and what they mean in the context of the global food system.

The term soil carbon refers to carbon stocks, in various forms, present in the world’s soil. Soil carbon can be organic (e.g. living or decomposing organisms, humus) or inorganic (e.g. carbon-containing minerals such as calcite).

The amount of carbon in the world’s soils is estimated in the region of 2500 gigatons, more than three times that present in the atmosphere and more than four times that in all living organisms. Organic matter in the soil, including soil carbon, is vital to good soil health, improving water and nutrient retention, maintaining soil structure and as nutrient sources for plant and microbial life.

Soil carbon content can be understood as the balance between carbon inputs and carbon losses. A major contributor to soil carbon inputs is photosynthesis. Plants capture atmospheric CO2, which is transferred below the soil surface via the roots. As well as contributing to the structure of the plant, some carbon is passed to rhizobial microorganisms, the microbial populations that live in close association with plant roots. As root structures and microbial populations in the soil grow, so too does the bound soil carbon.

Carbon can also be added to the soil through decomposing plant and animal material. The process of decomposition involves microbial respiration, which releases CO2 into the atmosphere, but some of the carbon in the decomposing material remains in the soil. The net balance between carbon inputs and losses to the atmosphere determine whether the soil carbon concentration increases or decreases.

However, further complexity is added to the system by other, abiotic factors. Soil composition, temperature, water content and erosion all influence soil carbon cycling. Naturally, this means that soil carbon stocks vary enormously between different parts of the world, from less than 1 tonne of carbon per hectare in desert environments to several hundred tonnes in tropical forests. Even within local regions, soil type can result in significant differences in soil carbon concentrations. This variation makes quantifying soil carbon challenging.

A number of activities exist that can increase carbon sequestration in the soil, or decrease the rate of carbon loss incurred by agriculture. Reducing tillage and soil erosion minimises carbon loss to the atmosphere or to waterways, while organic fertiliser application can add to the carbon input on agricultural land. The use of cover crops, which prevent leaving the soil bare between cropping cycles, can also help to maintain or even increase soil organic carbon.

The benefits of such practices are both local and global. Increased soil carbon benefits soil health, increasing crop yields in some systems. The benefits to soil structure of high soil carbon also allow for better retention of micronutrients, such as iron and zinc. This can result in higher concentrations of these mineral in crops, and thus in our own nutrition.

However, there are challenges in increasing agricultural soil carbon stocks in many areas. It is far easier to add to soil carbon in areas where the current concentration is low than in areas with relatively high existing stocks, which may be close to saturation with carbon. Moreover, it is easier for agricultural interventions to increase carbon concentrations in the upper layers of soil than the deeper layers.

Perhaps the greatest driver of recent interest in soil carbon is for its potential in sequestering atmospheric carbon emissions from human activity. Atmospheric carbon, in the form of CO2, is well known as a greenhouse gas. Thus, the possibility of using soil as a carbon sink is gaining momentum.

The potential of this possibility has recently been demonstrated in Australia. Australia has an existing Carbon Farming Initiative that provides the legislation for obtaining carbon credits by demonstrating increases in soil carbon on owned land. Recently, an Australian cattle farm sold carbon credits to Microsoft to the value of $500,000, obtained entirely from soil carbon sequestration from the management of the farm’s grazing land.

Study of soil carbon is benefiting from the interest sparked by the need to reduce atmospheric carbon concentrations. However, its importance to the global food system reaches beyond carbon sequestration. Healthy soils play a role in reducing the environmental impacts of agriculture by retaining nutrients and structure, and enabling optimum crop yield and nutrient content. In the future, the drive for carbon sequestration may also influence land management and provide another source of income for food producers.