The requirement for balanced global diets that connect 9 billion consumers 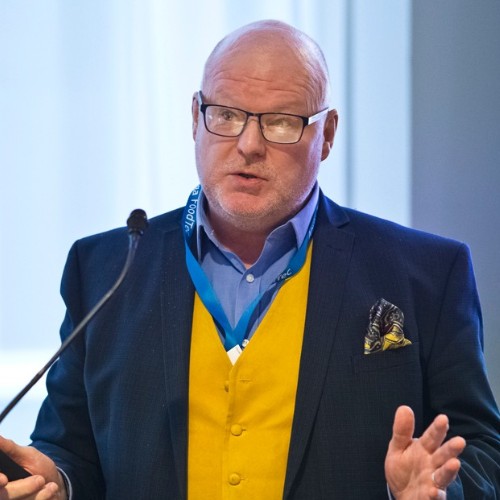 Wayne Martindale, Associate Professor of Food Insights and Sustainability at the University of Lincoln, provides a perspective on sustainable diets and how we should think about them.

The food and beverage system functions globally; we all source our meals from a global marketplace. The responsibility for a nutritious and balanced diet begins with producers and manufacturers before it is presented to consumers. The flow of foods and ingredients in the global food system provides many surprises.

This article is a viewpoint from Europe and the United Kingdom, where our nation is soon to realise the impact of globally sourcing our food. Sustainability and security are inseparable attributes here and we believe a sustainable diet must provide balanced nutrition and security. This article will develop this relationship using existing evidence and demonstrate that limiting the discussion to a single attribute of sustainability such as greenhouse gas emissions, biodiversity or land use change will only result in polarised debates that will never get us to where we need to be.

Best practice in the food and beverage industry has been transformed by sustainability. It resonates across industry and consumers as an ideal we should rightly strive to achieve. Much of what we have been aiming for is to reduce the greenhouse gas emissions associated with the production and consumption of foods. Manufacturers are now reporting carbon zero product categories including whole milk and beef, which was unthinkable ten years ago. Our improved understanding of how resources flow through food systems has made carbon zero a reality. Programmes that sought to reduce greenhouse gas emissions ten years ago exposed many gaps in our understanding of food systems.

The initial debates tended to demonise food and beverage products with higher carbon footprints – namely livestock products and beef (Cederberg et al., 2011). What these studies did not consider was nutritional delivery and consumer experience, both of which are important because without them sustainability will never be delivered (Haddad, 2018). This is because every meal must deliver balanced nutrition and a favourable experience. If it does these two things, it is more likely it will result in optimal health and not be wasted. I was working with CSIRO in Melbourne as a McMaster Fellow when I realised that these relationships were critical. This was in part due to the publication of the Total Well Being Diet (TWD) book by CSIRO (Noakes and Clifton, 2005). What influenced me here was the fact that a formalised and scientifically formulated diet for health – the TWD – could resonate so strongly with consumers that a Government Science Agency publication on dietary change became a best seller! In the UK, this was only achieved by our best celebrity chefs, with the science part often in second place for editorial decision making. The TWD demonstrated the requirement for a healthy diet is clearly resonant with consumers. The notion of what is a sustainable one was less so, but it raised the issue of whether the two are related in any way?

The issue of sustainability in food has often been associated with carbon footprint. The first studies of crop and livestock production that calculated what we now recognise as a carbon footprint were reported over 20 years ago (Brentrup et al., 2000). These were transformative in that they identified production processes that could reduce greenhouse gas emissions. In the case of agricultural products, their application resulted in reductions in diesel and fertiliser nitrogen used in sustainable farming.

However, in terms of guiding responsible consumption, carbon footprints can be cumbersome. Such direct measures of carbon footprints for food lead to comparing livestock and plant proteins without considering any dietary requirements. Consumers are often told to not eat specific products, with beef being the main target for such attacks. This leads to a ‘stand-off’ in the sustainability arena, stifling innovation in manufacturing. Nutrition, consumer experience and taste all play an important role in quantifying what is sustainable, and they need to be accounted for when we place carbon footprinting into diets, meals and lifestyles.

Carbon zero thinking has been transformative in breaking this deadlock and the launch of branded zero carbon livestock products such as whole milk, beef and lamb have shown that food producers and manufacturers are confident in claiming it (read more here). The subsequent re-thinking of carbon footprinting is enlightening because it can be related to achievable and nutritious diets and lifestyles so that responsible consumption is possible.

Plant products typically have a lower carbon footprint than livestock products. Converting plant protein into livestock protein as efficiently as possible often means an increased carbon footprint. But even here there are exceptions. For example, rice has a greater footprint than whole milk (Clune et al., 2017). This is because of the requirement to flood and drain the soils used to grow rice, resulting in methane emissions (Burney et al., 2010).

Consideration of production volume can provide a transformative view of the global food system carbon footprint. Production of the ‘big four global commodity crops’: rice (0.7 billion tonnes per year), wheat (0.7 Bn t/yr), maize (1.0 Bn t/yr) and soy bean (0.3 Bn t/yr) account for around 2.8 billion tonnes of production each year (Clune et al., 2017). Three of these crops have a carbon footprint of 0.5 tonnes CO2-equivalent per tonne production, and rice has 2.6 tCO2-e/t, summing to 2.8 Billion tCO2-e associated with the big four each year. The mean or average carbon footprint for beef globally is around 25 tCO2-e/t, some 50 times that of wheat, maize and soybean crops, used for both feed and food. However, only 64 million tonnes of beef are produced globally each year, which accounts for some 1.5 Bn tCO2-e. The GHG ratio of the ‘big three’ (‘big four’ excluding rice) to beef is therefore not 50 but 1.5! If we include rice, beef has half the global carbon footprint of the big four crops. This means we are being mis-led by slavishly following carbon footprint data alone.

If we were to eat the lowest carbon footprint food group per calorie it would be cake and confectionery alone, because these foods have a carbon footprint of around 80 gCO2-e/100 kcal, whereas fruit and vegetables produce over 400 gCO2-e/100 kcal (Drewnowski et al., 2014). This is surely the opposite to what we are told as consumers. Milk and dairy products are in the middle of this range, lower than meat. And this is only considering calories; considering other essential nutrients such as protein would likely paint a different picture again. The dietary context for carbon footprint clearly needs to be clarified and that is why the Sustainable Nutrition Initiative seeks to find methods of providing robust evidence that will guide realistic, sustainable consumption that provides good health.

It is important that improvements do not get lost in purely carbon footprinting diets. We are developing models for the UK that identify where critical points and connectivity in the food system control resource flows (Martindale, Duong, et al., 2020). These can be integrated with the nutritional insights of the DELTA Model® developed by the Sustainable Nutrition Initiative and build on established indices of food sustainability. New Product Development (NPD) is the operational activity we are focusing on because, if product developers and technologists build in sustainability at the concept stages, there is an increased possibility that the final product will deliver it (Jagtap and Duong, 2019). One of our models – Centreplate – is currently being tested with respect to NPD strategies, improving protein supply and reducing waste (Martindale, Swainson, et al., 2020).

We are currently at a point where food system insights have the potential to bring sustainability and nutritional datasets together because of two technological advances we would consider most notable. The first is the ability to embed digital technologies into resource packaging so that traceability and analysis of supply chain data can be enabled securely for most food companies (Martindale et al., 2018). The other is the projection of dietary impact of nutrition on populations. This changed forever a generation ago in response to the newly sequenced human genome. What followed was a scramble for therapeutics but the interaction of health and nutrition through our diet was largely overlooked (King et al., 2017). We now have a greater understanding of how genes and metabolism interact with what we choose to eat. It is essential to keep the food system lens, and this is what the Sustainable Nutrition Initiative’s DELTA Model® does. Connecting datasets and making sure we speak to each other is becoming increasingly important. This is otherwise known as interoperability in the digital arenas. We have the capability to deliver a net zero sustainable food system, but without interoperability it will not happen.

Our food future depends on all partners in the global system connecting methods and data that will guide sustainable dietary choices. At present the sustainable diet arena is noisy and confusing for many consumers because polarised views can dominate. This is why actions such as the Sustainable Nutrition Initiative are so important; they lay bare facts and guide routes to sustainable and secure global consumption that still provide the choice and experience that consumers require.

Wayne Martindale directs the Food Insights and Sustainability Service at the National Centre for Food Manufacturing at the University of Lincoln. Wayne has been working in sustainability since 1998, after eight years of doctoral research in biochemistry in the UK, Japan and USA. He started his sustainability practice with the BASIS/FACTS leadership team delivering certification programmes for UK agriculture and has held visiting scientist roles at CSIRO Australia and the OECD in Paris.