Calcium deficiency at the global, national, and individual levels 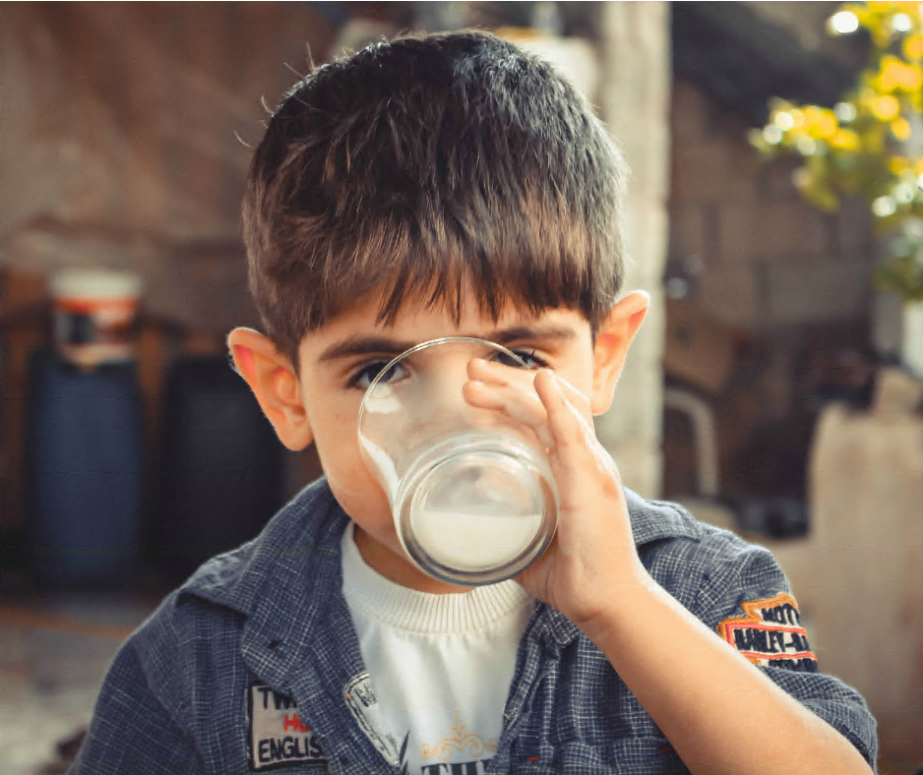 04 May Calcium deficiency at the global, national, and individual levels

This Thought for Food is part of a series on key nutrients identified as global challenges by the SNi DELTA Model®.

Calcium is an essential dietary nutrient: a trace element that is vital for healthy bodily function. However, a recent report composed by the Calcium Task Force (created by New York Academy of Sciences in partnership with the Children’s Investment Fund Foundation) has identified widespread global calcium deficiency. This matches results of the DELTA Model®, which show that global calcium availability from food is only around two-thirds of the global population’s requirement. Here we provide a closer look at the role of dietary calcium, levels of deficiency, and ways forward to improve intakes.

The Task Force was composed of scientists with expertise in nutrition, particularly around micronutrients and child health. Their report aimed to gather the existing data on calcium deficiency and associated health outcomes to assist policy and dietary interventions to reduce the prevalence of deficiency.

About 99% of calcium in the body is in our bones. The rest plays a host of roles in our muscular, hormone and nervous system function, as well as in normal cell function. Calcium has a key skeletal role; therefore, calcium intake is particularly important in childhood and adolescence during bone growth. For all of these functions, calcium becomes important again in later life, such as during pregnancy and for bone retention in older adults.

Dietary calcium requirements are set largely based on bone health outcomes; that is, the intakes of people who have healthy bones are deemed sufficient intakes. This is due to the difficulty of understanding exactly how much calcium a person needs each day. When calcium intake is insufficient to meet bodily requirements, calcium stored in bone is used to maintain the other bodily functions requiring calcium, so no immediate effects are obvious. However, a sustained deficient calcium intake over a long period will to lead to depletion of bone calcium stores.

Another challenge in setting recommended intakes is the role of diet. Food sources of calcium, as well as what else is being eaten at the time of calcium ingestion, impacts calcium bioavailability. Plant antinutrients, such as phytic and oxalic acid, can bind to calcium and make it less easily absorbed by the gut. Vitamin D (another dietary micronutrient) is essential for active calcium absorption, and low vitamin D can increase bone calcium turnover and calcium requirement.

Using the DELTA Model® Nutrient Supply and Density tools, the richest sources of calcium per unit mass are various oilcrops, spices and aquatic plants, all of which make minor contributions to global dietary calcium (<25 mg per person per day). The largest contributor to global calcium availability is dairy, accounting for 49% of global food calcium, or around 300 mg per capita per day. Next are vegetables, at around 100 mg per capita per day, cereals at around 50, and meat at around 25.

The Task Force report stated that around 3.5 billion people worldwide are at risk of inadequate calcium intake, with the vast majority of these individuals located in Africa and Asia. Calcium deficiency is more widespread in low- and middle-income countries than in high-income nations. For those countries where data is available, it is children, adolescents, and individuals over 50 who are most commonly deficient, with women more likely to be affected than men.

We used the DELTA Model® approach to compare 2018 national nutrient availability data for demographically weighted national calcium requirements. We found that only 33 out of 170 countries had sufficient calcium availability to meet the needs of their populations. This sufficiency ranged from just enough to a 90% calcium surplus in Finland. Most of these countries were in Europe, with a few from Western Asia, as well as the US and Australia.

We found the lowest calcium availability compared to requirement in lower income countries in Africa, the Caribbean and Southeast Asia. In some cases, as little as 16% of population calcium requirement was nationally available (Timor-Leste). While data quality is often poorer for these regions compared to Europe and North America, 77 out of 170 countries had less than half of their calcium requirements available, thus these calculations echo the results found by the Task Force.

The greatest focus of studies on the health outcomes of calcium deficiency relate to bone health.

Osteoporosis (brittle bones) is linked to extended low calcium intake and increases the risk that bones will break under stress. Osteoporosis disproportionately affects women, particularly over the age of 50. Calcium and vitamin D supplementation have been shown to reduce fracture rates in older people in some clinical trials, but this affect is not always observed. Rickets is a similar condition mostly observed in children and linked to low calcium and/or vitamin D intakes.

Interestingly, despite the fact that lower income countries tend to have lower calcium intakes, they also have lower rates of bone fracture than high intake countries. However, the report authors caution that these lower income countries have poorer quality health data and smaller elderly populations, among other confounding factors. Studies on bone mineral density and fracture risk often show contrasting results between and even within regions. Furthermore, many regions lack data on bone health, making causative associations difficult.

In lower income parts of the world, the impacts of low calcium intake are often overshadowed by shorter-term outcomes of malnutrition, such as anaemia, wasting and stunting, as well as infectious diseases. Of current interest is the potential role of calcium intake in pregnancy disorders of hypertension and related mortalities.

Other research has investigated relationships between calcium intake or supplementation and a broader variety of health outcomes, such as cardiovascular disease, colorectal cancer, and kidney stones, with varied and sometimes contradictory outcomes. Dosage and target population appear to play a role, but there remains much to be understood about the role of calcium in health.

While there is still a lack of consensus on the exact calcium intakes necessary for consumption, the number of individuals globally not meeting even the most conservative recommendations merits intervention.

Calcium supplementation is widespread in high-income nations: more than half of US women over the age of 60 received supplements in the early 2000s. Supplementary calcium is absorbed at a similar rate to dietary calcium, but the latter has been shown to have more of an impact on bone health, likely due to the smaller but more frequent intake of calcium in food than in a single supplement dose. Some studies have reported adverse effects of (particularly high) calcium supplementation related to various health outcomes, but the position of large health organisations is that intakes within the boundaries of dietary recommendations should have no adverse effects.

From a food perspective, those countries with the lowest calcium intakes are most commonly those with low dairy intakes. High European dairy consumption matches our results that these countries had the highest 2018 calcium availability. Increasing the consumption of calcium dense foods, such as dairy, nuts, seeds, and whole fish will not only improve calcium intakes, but also the intakes of other essential nutrients, due to the nutrient dense nature of these foods.

The final recommendations of the Task Force report for future work were: to progress towards consensus on the true global prevalence of calcium deficiency; to obtain more data on global calcium intakes, particularly in lower-income, higher-risk countries; and, to clarify the role of calcium in fracture risk and bone mineral density. The authors also noted the challenging absence of some method to determine the calcium status of an individual, given there is currently no single biomarker or health outcome that does so.

What can be said incontrovertibly is that deficient calcium intakes are common worldwide. While the full extent and impact of this deficiency is uncertain, that should not prevent action to improve intakes toward recommended levels.

The SNi team thank Professor Connie Weaver, expert in mineral bioavailability and the role of calcium in human nutrition, for her contributions to this Thought for Food. Prof Weaver was an author on the Task Force report.